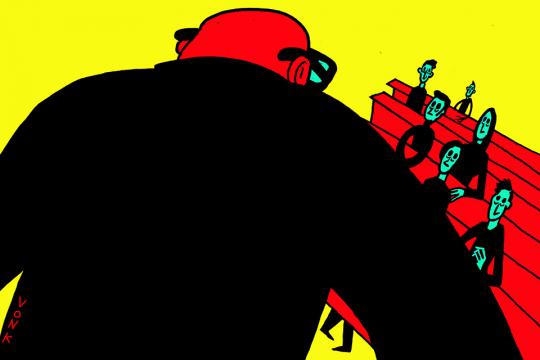 Investigations into bullying, abuse of power, intimidation and sexual harassment at Dutch universities should not be outsourced to external companies, declare protest group WOinActie and trade unions AOb and FNV.

The ball started rolling after the magazine Ad Valvas published an in-depth investigative article last year about inappropriate conduct at VU Amsterdam. Staff in the Department of Psychology were subject to abuse of power and intimidation, the reporters discovered.

The university called in an outside agency to look into the matter, but it has never become clear whether there was any actual abuse or misconduct. For privacy reasons, moreover, employees were not given the full report – which ran to over 100 pages – but only a two-page summary. The disappointed reactions from academic personnel in the department spoke volumes. Is nobody being held responsible, they wanted to know.

According to the new edition of Ad Valvas, the staff representative bodies at VU Amsterdam and its branch of WOinActie “do not have one good word to say about the approach.” They highlight their concerns in a joint open letter to the governing body.

Accompanying the letter is a national statement, drawn up in cooperation with the trade unions AOb and FNV Government. Its signatories call upon universities to be more transparent and democratic in their approach to inappropriate conduct.

At present, they say, investigations are often “opaque”. Although outsourced to external parties, these are chosen, hired and paid by the university. “This leads to conflicts of interest.”

Staff representative bodies should also be more involved in the process, the statement adds, specifically “when deciding who is to perform an internal investigation, their specific remit or mandate and the objectives of such an exercise.” The same applies when deciding what to do once an investigation is complete.

And at that point, of course, it helps if the staff representatives have access to the full investigation reports. At the same time, the authors acknowledge that university authorities need to find a way to protect the privacy of the employees involved. Because “privacy should never be used as an excuse to withhold information from the staff councils.”

Caretaker Minister of Education Ingrid van Engelshoven also believes that personal safety at universities can be improved. A committee set up under the auspices of national scientific academy KNAW is currently working on an advisory report into the prevention of inappropriate behaviour. That is due to be published at the end of this year.