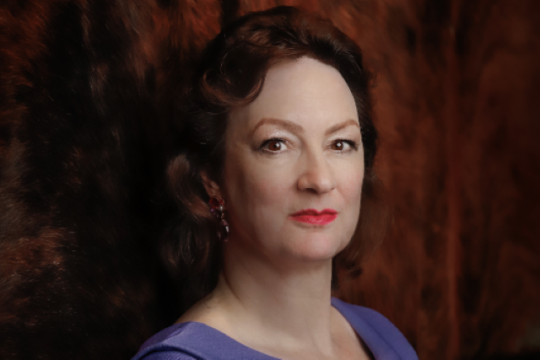 Abuse of power in a small world

Our standards are changing when it comes to transgressive behaviour in the workplace. But not fast enough, says university professor Naomi Ellemers, chair of the KNAW committee that will advise on undesirable behaviour in science.

Bullying, abuse of power, sexual harassment: many researchers have to deal with undesirable behaviour over the course of their careers. And unfortunately, the lack of social safety in the world of science remains a relevant issue. Last week Ad Valvas reported on harassment and deception in the psychology department at Vrije Universiteit Amsterdam. The problems in this department led to burnout for a number of staff members, and some had to seek psychological support.

Advisory committee
Trade unions have been calling attention to this lack of social safety for years and the Dutch Network of Women Professors also sounded the alarm last year. Minister Van Engelshoven recently concluded that there’s still a long way to go and asked the KNAW for advice on how to prevent misconduct in academia.

“This shows that we’re still lost when it comes to dealing with this kind of behaviour”, says Utrecht University professor Naomi Ellemers, chair of the newly appointed KNAW advisory committee. “Everyone wants things to go well, and there are all kinds of guidelines. So why do we keep hearing these stories?”

Ellemers is a social and organisational psychologist and one of the founders of the Athena’s Angels action group. A lot of research into misconduct in the workplace is currently taking place in her field. “This kind of behaviour has far-reaching consequences, not only for victims, but also for their colleagues in the department”, Ellemers says. “They lose confidence in the organisation if they see this happening over and over again, with no action being taken.”

But researchers keep finding out more about the circumstances that facilitate and perpetuate transgressive behaviour, Ellemers explains. “That means we have a growing knowledge of what to look out for if we want to prevent misconduct. It would be great if we could use that knowledge to develop concrete measures.”

Academia is a special professional community, Ellemers believes. “It’s an international network, but at the same time it’s a very small world – especially in certain fields. So you might find yourself running into the same people throughout your whole career.”

And that includes people in important positions, who review publications, fill vacancies and write letters of recommendation. That can lead to power imbalances, says Ellemers. “If someone in a high-powered position doesn’t like your work, or if you have a conflict with someone, you can suffer the consequences of that for a very long time. You can’t just say: I’m going to leave and start over somewhere else with a clean slate, and then I’ll never have to meet this person again. That makes it incredibly hard for people to speak up if they are being mistreated.”

The anonymised stories on the Athena’s Angels website make it clear that transgressive behaviour can take many forms. “Almost all female researchers have these kinds of experiences”, Ellemers says.

There are stories about female professors being mistaken for secretaries, for example, and about female researchers being called ‘sweetheart’ or ‘dear’ by their male colleagues. Other examples are much more shocking: one pregnant PhD student was asked by her supervisor if she would consider having an abortion.

'How awful that this is still going on'

The experiences reported by women often have to do with sexuality, or pregnancy and childbirth, Ellemers explains. “Luckily, we’re much more inclined to speak up now when it comes to these topics, and say: this is not okay, and I can say that to the person in question.”

Ellemers has had interesting conversations about the lack of social safety with peers from her generation. “The standards of what is viewed as acceptable behaviour in the workplace are changing rapidly.”

This fast pace of change makes matters even more complicated. “People who’ve been around for a long time still remember when behaviour which is unacceptable these days wasn’t really considered ‘problematic’. People would call it unpleasant, but you just had to take those kinds of things in stride. I often experienced it myself: jokes that weren’t funny at all, inappropriate allusions, you name it. Sometimes I think: how awful that this is still going on.”

A common problem is that victims of transgressive behaviour are sometimes afraid to make a formal complaint. And if people don’t complain, the institutions tasked with combating misconduct can’t take action, they say. “The result is that the guidelines and codes of conduct that we do have are not really enforced”, says Ellemers.

Still, it’s good that there are rules, she thinks. “Someone who’s being accused of something must be able to defend themselves. At the same time, you want victims who decide to step forward and report a problem to get the help they need. These conflicting interests are difficult to resolve, but our committee still has to start its investigation, so I don’t have the answers yet.”

But Ellemers expects that better rules alone will not be enough. That’s why the KNAW committee will also be taking a close look at the work cultures within institutions and departments. “Ideally, you want people to talk to each other at a much earlier stage”, Ellemers says. “That certainly goes for managers and professors among themselves, but employees should also feel free to speak up to their managers when they say things that are hurtful. People still find that very difficult.”

The committee’s advice will be published at the end of 2021, and Ellemers is optimistic. “All the parties I’m currently in contact with are not only very motivated, but also frustrated, because what’s being done at the moment is not enough. I think that’s a good place to start from: we’re not yet doing as well as we should, but we all want to make things better.”