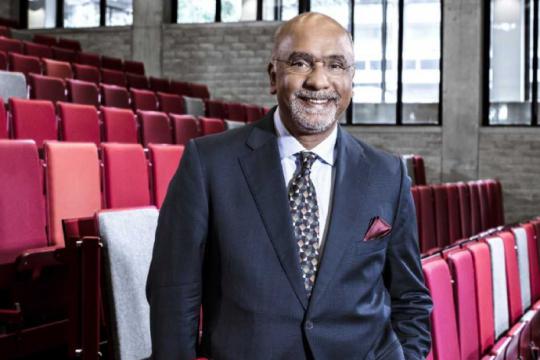 Higher education and research needs more female researchers and more researchers with a migration background. A new action plan also emphasises that something needs to be done to combat bullying and abuses of power.

Minister Van Engelshoven presented the national action plan at Leiden University this week. Higher education has been given five more years to get results. The action plan states that if results are not achieved within this timeframe, the implementation of quotas may be necessary.

In her word of welcome during the presentation, Vice Rector Hester Bijl of Leiden University looked back on her own appointment as professor at Delft University of Technology back in 2006. At the time, the university proudly announced that, with the addition of Bijl, their target for the proportion of female professors that year had been achieved: a mere six percent.

By now the figures have improved but women are still playing catch-up, which is why new target figures for the national share of female professors will be determined for 2025. Those target figures have not yet been shared but you can rest assured that they will at least be “higher than that six percent’’, Van Engelshoven quipped. She feels a similar standard should be in place for female university lecturers.

The action plan was signed by nine parties including the Dutch Research Council, the Royal Netherlands Academy for Arts and Sciences, the Association of Universities in the Netherlands, the Dutch Network of Women Professors (LNVH) and the PhD Network Netherlands (PNN). The aim to is to anchor diversity and inclusion more firmly in action plans by including steps in for example the assessment of research proposals and degree programmes.

More insight into diversity among employees and students is also needed, as little is currently known about the number of employees with a migration background. The action plan states that this information may result in new target figures for cultural diversity.

The institutions plan to combine their diversity plans, a national expertise centre is in the works and prizes for good policy will be awarded. The Dutch Research Council is also providing funds in the amount of 12.5 million euros for projects by researchers with a non-Western migration background and refugees.

In five years time, the outcomes of all those diversity plans will be evaluated. In the event that progress is found to be lacking, other measures will be considered “such as the option for implementing quotas at various levels and for various employers”, as stated in the action plan.

Social safety in higher education is also on the agenda. Unions frequently warn about issues such as bullying, gossiping and abuses of power and the Dutch Network of Women Professors (LNVH) also sounded the alarm. In the past, the Minister was not in favour of mandatory ombuds officers at universities and universities of applied sciences. Before the summer, opposition party PvdA did not receive enough support for a national hotline for complaints of unacceptable behaviour.

But Van Engelshoven acknowledges that there is plenty of room for improvement. She has asked the Royal Netherlands Academy of Arts and Sciences for advice on how to prevent intimidation and misconduct.

A national advisory committee, presided by Rector Vinod Subramaniam of Vrije Universiteit Amsterdam, will oversee the progress of the action plan. Mr Subramaniam had previously argued for national target figures for scientists with a migration background.

The ultimate goal is to translate the plans into actionable tasks, Subramaniam said. “We need to go from ideas to action.”

Dean of Leiden University College The Hague, Judi Mesman, wholeheartedly agrees. “Every organisation has a wonderful action plan, but the problems begin with the actual implementation,” the Dean said during the presentation. “Ultimately, you need time, money and good people.”