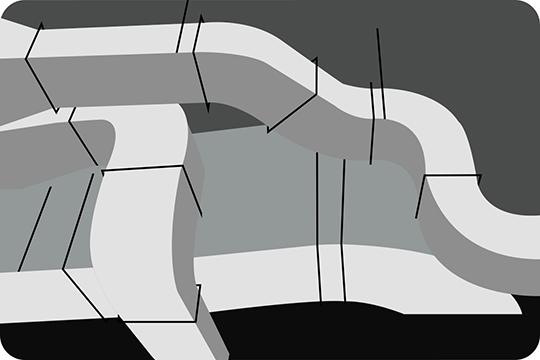 It was a frugal year for VU Amsterdam. The university consumed 12.5% less energy than in 2019 and 30% less than in 2005. VU Amsterdam says this puts it on course to meet its agreement with the government to improve energy efficiency by at least two per cent and comply with the Paris Climate Agreement. This is even without counting the effects of the lockdown, says energy coordinator Rooske Gaal.

There were far fewer people on campus, labs were closed, and the buildings were almost empty. Isn’t it a bit too easy to say that you are on track with the climate agreements?
“It was a strange year and that does indeed make it difficult to determine if the reduction in consumption was due to corona or to the measures. But we have implemented energy measures, such as more efficient lighting and IT equipment, and we are now also recovering heat following the renovation of the Medical Faculty Building. We therefore estimate that the energy reduction is largely due to the measures, and that corona has only had a limited influence.”

Energy centre
The energy used by VU Amsterdam and VUmc is supplied by the Energy Coordination Centre, which is the building with the two tall chimneys opposite the entrance to the MF Building. It was originally intended to burn waste for heating the university and the hospital. The energy centre will continue to supply electricity even in the event of a power failure.

“The government approved our energy efficiency calculations, for which we offset the energy reduction with the growth in energy consumption caused by the opening of the NU Building and the increasing number of students. So this means we are fulfilling the agreements.”

Less energy was consumed than in 2019, but electricity consumption was higher than expected for 2020. Why is this?
“The buildings had to be heated, lighted and ventilated, even though there were only a few people on campus. The campus was never completely closed down; some research continued as usual. The cooling systems also continued to run, as the server rooms were of course operating at full tilt. And ventilation systems were left on for longer [LINK] due to corona.”

What else falls under energy consumption besides electricity and water?
“The energy centre also provides high and low heat, cooling, gas, demineralized and purified water and compressed air. Part of the cooling is extracted from Nieuwe Meer lake, so that is sustainable cooling. All electricity we buy is 100% green, sourced from wind power.”

So the university is partly to blame for the controversial wind turbines that Amsterdam wants to build?
“There is indeed debate about that. We initially obtained our electricity from Norwegian hydropower plants, but you could say that’s not really sustainable, and the same applies to biomass. That’s why we chose Dutch wind energy, to be as sustainable as possible.”

> More reports of alarming conduct in 2020