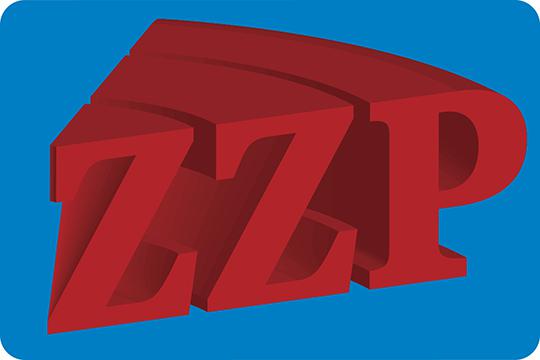 IT department has too many external staff members

The works council is generally satisfied with the year 2020, except for one thing: the enormously high number of external staff hired by the IT department. The costs were budgeted at 7.8 thousand euros, but actually amounted to almost 9 thousand euros.

“In 2020, the costs of external hires of the IT department exceeded the costs of external hires of ALL the faculties and service departments combined (except Corporate Real Estate and Facilities),” reported the Works Council and the University Student Council (together called the Joint Assembly) of VU Amsterdam in their advice to the Executive Board in response to the annual report. “The Joint Assembly considers this to be out of proportion.”

Board member Marcel Nollen agreed that the costs were “on the high side” during the meeting with the Joint Assembly to discuss the annual report. “We also consider the costs higher than necessary. The main culprit is the MARS/ERP project [author’s note: the new SAP]. Once that is up and running, we will return to normal proportions.” 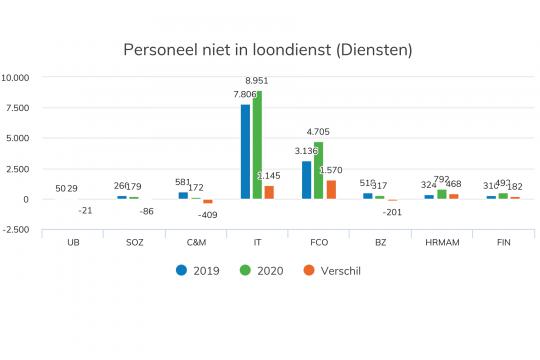 “I work in the IT department,” responded Works Council member Daan van Leeuwen, “and I know that a lot of these staff members have been hired for the long term and not just for one project. The reason is that it works out more conveniently for their contract or because they can earn more as freelancers.”

“For many of these positions, it is difficult to recruit staff under VU Amsterdam’s employment conditions,” replied Mirjam van Praag, chair of the Executive Board. “This means you often end up hiring freelancers. This has been going on for a few years now, and you see the same in other organizations.” According to Van Leeuwen, it is also due to the way new staff are recruited. “They also want to be able to cast off staff members easily; that’s a symptom.” No solution to the problem was discussed during the meeting. 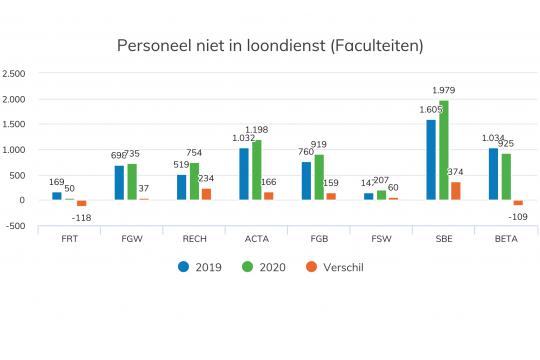 > More reports of alarming conduct in 2020