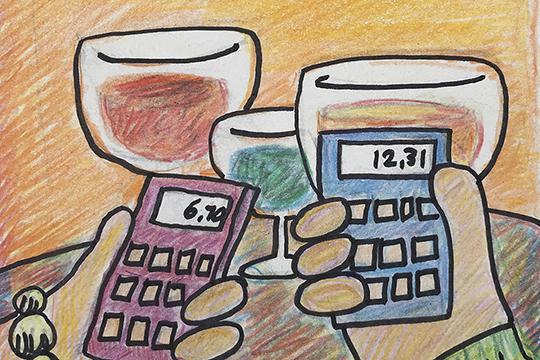 What they don’t tell you about the Netherlands

So you came to the Netherlands, but life here is a little different from what you’ve seen in the ad campaigns and movies. If you’re having trouble navigating the nuances and contradictions of the Netherlands, here are some helpful pointers. With the glossary you can even learn some useful Dutch words along the way.

Glossary
Luchtalarm
The national warning system that utilizes loud sirens in case of an emergency. Literally, it means ‘air alarm’, referring to air raids.
Bitterbal
The Dutch croquette (kroket) is a crunchy snack with warm, gooey ragu-style meat inside'. The ‘Bitterbal’ is a smaller version shaped like a meatball.
Tikkie
An app for financial transactions between people. Fun fact: the word ‘tikkie’ is what Dutch kids proclaim when playing a game of tag.
Uilenstede
The student campus near VU Amsterdam. For many non-Dutch speakers it’s nearly impossible to pronounce correctly, but “Owl-en-stay-duh” is close enough.
Hospiteren
An opportunity to see if you get along with the people living in a shared apartment. If it takes place in the evening, it’s called a ‘hospiteeravond’.
Gezellig
This popular Dutch word has no direct translation, but it often refers to a pleasant and relaxed vibe that is experienced in social situations.
Lekker
The Dutch word for ‘tasty’, which is very versatile. Good food is lekker, nice weather is lekker, a sexy person is lekker. If you feel sick, you don’t feel lekker.
Boterham
A sandwich, oftentimes with cheese, ham, peanut butter or chocolate flakes. Dutch people consider it a sufficient meal for breakfast or lunch.
Huisarts
The Dutch equivalent of a family doctor or general practitioner. They are notorious for telling you to buzz off and take some paracetamol.
Marktplaats
A widely used online platform to sell and buy second-hand goods.

It’s Monday morning and you’re going for a serene stroll in the park, when suddenly you hear a frighteningly loud alarm. Perhaps just as unsettling is that no one around you seems to pay it any mind. Are you imagining things? Ask a Dutch person what’s going on and they may quip: “The Germans are coming.”

The real explanation is that it’s the 'luchtalarm’, sounding every first Monday of the month at noon for precisely 86 seconds. This warning system has the purpose of alerting the public about incoming air attacks, but it can also be used to announce large fires, chemical leaks or other dangerous events. The monthly test is simply there to check if all the systems work and to ensure everyone knows what it is. Cherish the wailing noises while you can, because the country intends to replace them with a cellphone warning system.

The concept of strictly paying for your own order is controversial in itself, but you should know that the concept of going Dutch is a lot more complicated than it seems. When going out with a large group of Dutch people, the last fifteen minutes can be spent debating on who ordered which drink, who ate how many ‘bitterballen’ and how each person is planning to pay. When alcohol is involved, there’s a good chance you’ll never fully agree on how the bill should be split.

One way to postpone such an argument, is by paying each other later with a ‘tikkie’. The Dutch use this app to send each other money, sometimes minuscule amounts. Chances are that at some point you will wake up to a tikkie for an expensive cocktail you thought you were getting for free.

Looking for a shared student apartment, for instance at campus Uilenstede, you often have to take part in the process of ‘hospiteren’. As part of a group of interested visitors, you go to the apartment to meet the people living there and prove that you are the ideal flatmate. If you want to stand a chance, you have to present yourself as fun, wild, adventurous, ‘gezellig’ and easy-going, while at the same time being clean, down-to-earth, helpful and quiet. Good luck with that.

The Dutch are known for being straightforward. That sounds pleasant, but what it actually means is that you’re probably going to have your ego bruised from time to time. If you ask a Dutch person what they think of your shoes, they might tell you that you picked a wrong colour, your feet are abnormally sized and you walk funny. Don’t take it personally. They’re ‘just being honest’.

Keep in mind that complaining is a national pastime in the Netherlands. It’s completely normal to remark that the weather sucks, the food you ordered is not very ‘lekker’ and public transportation is a disaster. “God, my colleagues are jerks, my boss is a dictator and the meetings go on forever”, a Dutch person might say. Ask them if they’re looking for other opportunities and they’ll respond: “Are you nuts? I love my job!”

Get out of the way

You may have heard about Dutch cycling culture in idyllic terms. Many Dutch folks use bikes as a healthy and green alternative to motorized vehicles. Seeing those cyclists first-hand can be a wondrous experience. Some Dutch people cruise through the city with a phone in one hand and a ‘boterham’ in the other, seemingly utilizing telepathy to make turns.

Yet you may quickly be reminded that many cyclists in the city are in a rush, on their way to work, class or an appointment at the ‘huisarts’. That means that if you get in the way, they may angrily ring their bells at you and dangerously zip by without slowing down.