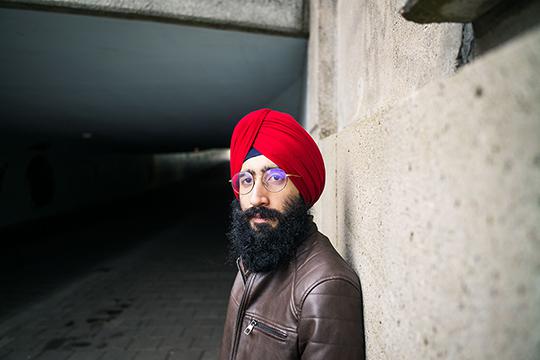 ‘I had to take 8 paracetamols per day’

Students are generally less vulnerable to the coronavirus, but what happens to the students who do experience severe symptoms? An international student from India opens up about his struggles with the virus and the Dutch healthcare system.

Tavneet Singh is a 26 year old master’s student of Computer Science at VU Amsterdam, currently working on his thesis. On 12 May he tested positive for Covid-19, which he likely got during a lunch with other students. Despite not having underlying medical conditions, he experienced severe symptoms and had to navigate a healthcare system that is quite different from what he’s used to in New Delhi. Speaking to Ad Valvas he also reveals the solidarity of his peers and friends.

Waiting for it to get worse

“At first I woke up with a fever and got tested positive that evening. Having a sore throat led to a dry cough after a few days. I also experienced extreme fatigue. For two weeks I slept almost the entire time. On top of that I experienced some muscle pain and nausea as well.

“Five days after testing positive, I contacted my general practitioner. Especially my cough was very bad and I also had a high fever. She told me to rest and take paracetamol. When my cough became extremely bad and my fever didn’t subside, I asked to be tested in order to know how bad the infection was. In India, after the sixth or seventh day, they do chest scans and blood tests to understand the condition of the patient. When I had the fever for a week, the general practitioner recognized it as a red flag and visited to do a checkup using a stethoscope. I was diagnosed with early stage pneumonia.”

“It was scary, because the advice I got was to rest and take a lot of paracetamol. I took around 8 paracetamols per day to deal with the fever and pain. Taking so many each day didn’t feel like a sustainable approach to me. I didn’t fear for my life, but I was perplexed that the emergency GP only seemed interested if I had especially severe symptoms. For instance if I was coughing up blood, or if I felt like I was about to faint. It seemed like they were waiting for it to get much worse before seeing me.”

“I became so exhausted that I couldn’t cook or do any chores. Thankfully other students and friends in my building helped me a lot. Initially by getting me groceries and afterwards also giving me food and fetching medicine from the pharmacy. I definitely needed that to get better, so they were extremely helpful to me.

“While I was sick, the second wave was at its peak in India. I lost one relative due to the virus: the younger sister of my grandfather. My family at home was quite afraid about my condition, because they saw the effects there. That contributed to us finding it difficult to understand why I couldn’t get more tests done in the Netherlands. I gave my family an update on my condition every day.

“I contacted my student adviser to ask about a delay of my thesis. I may request an extra month if I can’t finish my thesis by August. I think the university could help international students with a better overview of the healthcare system, including the information that doctors here are reluctant to do tests. Some extra clarity about health-related study delays would be useful too.”

“After the fourth week, my cough has definitely improved on a weekly basis. But I’m now in week six and it’s still there. The fatigue is also still an issue. After just a few hours of work, I already feel like I need to sleep. Extensive physical work isn’t possible yet.”

“There have been a lot of cases at Uilenstede, especially in April. For most students it’s mild, but even without underlying medical conditions you can get affected for a long time. Death from covid is very rare for us, but I don’t think people take long-covid seriously enough. It’s not in the spotlight as much, even though it can impact your quality of life for months. If more people understood that, they might be more careful. I would advise them to at least keep their distance in public places, especially if they’re not vaccinated. The new variants could be even more intense.”