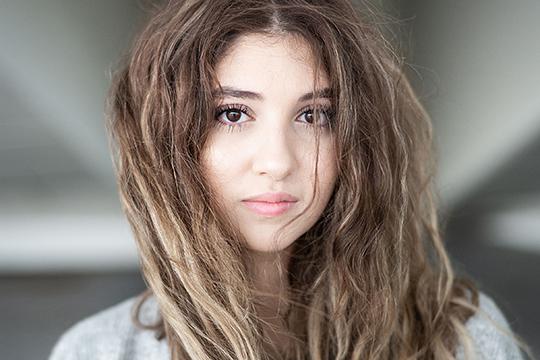 ‘I did not feel very heard’

It took master student and student assistant at debate center 3D Nehal Saba (22) quite some time to settle in last year. The Palestinian student lived in Romania until moving to the UK in 2017.
BY Emma Sprangers PICTURE Peter Valckx

What made you not feel welcome?
“Those first few months were very draining. I knew only two people vaguely and struggled finding a connection with others. At university when there’s a break, that’s usually a chance for people to chat with each other. But online, that’s the moment people turn off their camera’s and walk away. They mostly just work towards the end goal of an assignment. That made it quite lonely. At times I also felt excluded during class. People would switch to Dutch all the time. When I would ask them to explain or speak in English so we could do the assignment together, they would say things like: Don’t worry, we’ll just do it.”

That sounds like it could have a negative effect, not just socially but also academically. Did you feel like it caused you to miss out on anything in that sense?
“Not necessarily. Technically, you can always learn on your own – which I did. But I did not feel very heard. They would discuss results in Dutch so it was hard for me to understand what was going on. There was an instance where my group members misunderstood something in the assignment. In communicating that to them, I didn’t want to overstep with the risk of being seen as rude – especially since I don’t even speak their language. Having everything online didn’t really help that communication gap.”

The VU made sure first-year students could attend the few physical classes that were allowed. Do you think international students should have also been prioritized?
“Definitely. I understand it is important for first-year students. But for international students, it’s also like a first year. It’s hard to start a new life when you can’t see anyone and the few people you meet stick to themselves by speaking Dutch. Don’t get me wrong though, I know people don’t always do that on purpose. Teachers slip up all the time as well. And as for people not including others – corona has been hard on everyone. The face that people show you, might not be who they really are. I don’t think people are deliberately mean, you never know their full story.”

Have there been any upsides to this past corona year?
“Being alone makes you aware of certain things. I’ve used this period to better myself: to become more organized, to cook more. Although I’ve had lonely periods without friends, other people might have lost family due to corona. I’ve also noticed people check in on each other more. Just asking how someone is doing can make such a big difference.”

3D meet-ups
At debate center 3D, Nehal Saba – together with other student-assistants and employees – organizes different events for students to meet each other, like weekly online game-nights, walks through the city and plant workshops - te be found on this instagram.

What would you advise students that struggle with loneliness or feeling left out?
“When Miranda van Holland asked me to host a gaming session for 3D I was so nervous at first. It’s scary admitting that you don’t know anyone and you want to actively make friends. But after a first meeting – like with an online event to meet other students – you will have faces to recognize the next time. You can easily feel like you’re the only one that’s alone, but you never are. There’s always someone in the same situation, you just need to take that first step.”