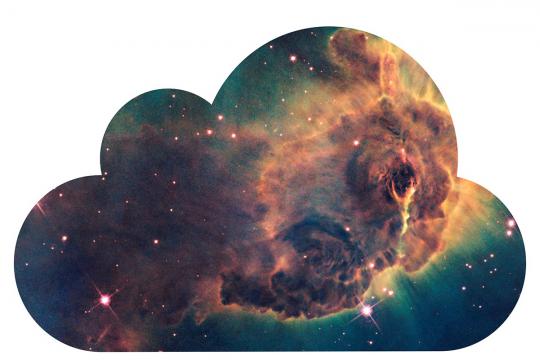 We are moving to a ring-fenced cloud

If we are to believe the university, digital collaboration is set to become far easier and more secure this year with the switch to Microsoft Teams and the associated cloud storage. But first we have to bite the bullet.

Uproar last week in Communication & Marketing: an e-mail had come in asking staff to pick up a VU Amsterdam laptop at the campus within a week. Along with the University Library and the Administration Office, the department is due to migrate shortly to the new online working environment Digital@VU. And that, the message said, will not run on a private computer.

Fortunately, it turns out that personal devices are not going to become unusable after all. But working from home is changing this year. Documents will be held in the Microsoft cloud and only with a university laptop can you use all the functionality of its installed programs. On a private computer you will be confined to the web applications available through the browser, which are often more limited in scope.

This year
The faculties are still discussing when they will migrate to the new digital workplace. As far as Luchtenburg is concerned, that should happen before the summer. What is already known is the timetable for the service departments. IT has been working in the new environment since February. C&M, the University Library and the Administration Office make the transition this month. Student & Educational Affairs and Corporate Real Estate and Facilities are due to switch in April. And Human Resource Management, Occupational Health, Safety & Environment and Finance will follow in November.

A key reason for the switch: VU Amsterdam files can no longer be left “lying around” in personal environments. “If other people can potentially view your university e-mail or files, that’s a breach of Dutch law”, declares Digital@VU programme manager Dirk-Pieter Luchtenburg.

To improve security, it will no longer be possible to download documents from the VU Amsterdam cloud to a private device. Effectively, they are going to be ring-fenced. “Bringing VU data back under VU control” is the title of the special website the university has created about the “new digital workplace”.

According to Luchtenburg, the cloud is not only safer against data leaks, it also makes collaboration and sharing easier. “At a university, sharing data is crucial and so that’s our starting point. The environment we’ll soon be offering makes it possible for you to collaborate easily, to meet online and to share data, internationally as well, with just a few clicks of the mouse.”

All of this is done within Microsoft Teams. In the new digital workplace, not only can you make video calls but you are able to create team environments to chat, to share documents without having to send them as e-mail attachments and to work in them simultaneously. Personal data is stored in OneDrive, while the shared material you use as a department or team is kept in Sharepoint Online.

According to Luchtenburg, fears about cloud storage are unwarranted. “Surf [the organization for IT in higher education] has entered into a contract with Microsoft for all the UMCs and universities. That imposes specific security requirements, compliant with the rules that the Dutch government has agreed with Microsoft. All our data is kept highly secure in European data centres, in accordance with national regulations. The data remains ours and is not accessible by Microsoft.”

It will soon still be possible to customize your own computer, too, as people with a red PC in particular are already used to. “What we ask of those with a red PC is that they register with Microsoft through the VU Company Portal”, says Luchtenburg. “Then we check that the correct version of the software is running on the computer and the latest Windows updates are installed. Purely for security reasons. At the moment, education in the Netherlands is coming seriously under fire as far as security threats are concerned. These steps are absolutely essential to keep VU Amsterdam safe.”

At home, the new digital workplace works best on a university device. “VU Amsterdam laptops are registered with Microsoft’s VU Company Portal and run Microsoft 365”, Luchtenburg explains, “which makes collaboration easier. You can install programs on your personal VU Amsterdam device yourself. It has Bitlocker encryption for your files and IT checks the configuration: have you switched on your antivirus program and firewall, and do you have the right updates?”

Obtaining one of those laptops is still something of an issue, though. According to the e-mail sent to C&M, personnel without one yet can make an appointment to collect and activate it at the IT desk in the W&N building. But some employees have not been to the campus for a year and are not happy that they now have to go in while coronavirus is still active.

“A lot of people at C&M work on their own devices”, Luchtenburg responds. “That’s potentially unsafe, so I can see why management is encouraging people to pick up a VU Amsterdam laptop. What’s more, it gives you the best user experience. We are in fact giving staff the opportunity to collect a free gift from the university, and in a safe way with time slots.” People who are in a high-risk group or who really do not want to come to the campus for other reasons can have a laptop sent to their home.

What we then face is adapting to yet another new way of working from home and reconfiguring the laptop so that we can work comfortably on it. Few people are likely to be excited by sections in the e-mailed instructions with headings like “Getting started with the knowledge portal and knowledge sessions”. But, says Luchtenburg, “We have to bite the bullet. Soon we will be able to support everyone working from home much better.”