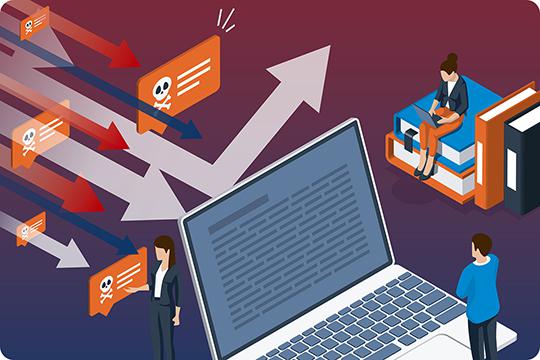 In the battle against threats and intimidation experienced by academics, the Dutch universities are jointly setting up a reporting and advice centre: WetenschapVeilig. They also intend filing police reports more often.

The name of the reporting centre is derived from PersVeilig, which assists threatened journalists. In the Netherlands, journalists have also regularly been the subject of threats, intimidation and even violence.

The handbook reveals that all universities have experienced threats to staff members. Some have needed protection for years, while others get hundreds of hate messages online as soon as their name is mentioned. Even diversity officers have suffered a lot from such abuse.

From now on, the universities will all follow the same line: zero tolerance. By default, they will file a police report in cases of threats, violence, sexual violence, stalking, break-in and theft. The main benefit is that it makes the standard clear and the academics concerned do not have to consider whether there is any point in filing a report.

But there is plenty still to be done in this regard at the universities themselves. Who can academics turn to? Good information and a dedicated reporting centre are crucial, the handbook says.

And what’s more, some supervisors and managers still have something to learn as well. When can an incident be considered ‘transgressive’? The vice-chancellors fear that in cases of racism and sexism, for example, “it is not always totally clear for everyone”.

In addition, the handbook gives tips on how staff can prevent problems. Protect your social media accounts properly, for instance, and make sure that, wherever possible, work and private accounts are not linked.

The vice-chancellors also have suggestions in the event that something does happen. These include: “Retain all threatening or intimidating messages. Make screenshots.” Then you have evidence to put forward if criminal proceedings are instituted.

So, if there are information centres, if staff get better training, if the universities have a common standard for reporting incidents, will everything be fine? The vice-chancellors think not. “The effectiveness of all good practices and guidelines stands or falls by the attention paid to it”, they write. You can sort it all out on paper, but in practice the most important issue is the attention paid to the threatened staff members, both at the time of reporting and later.