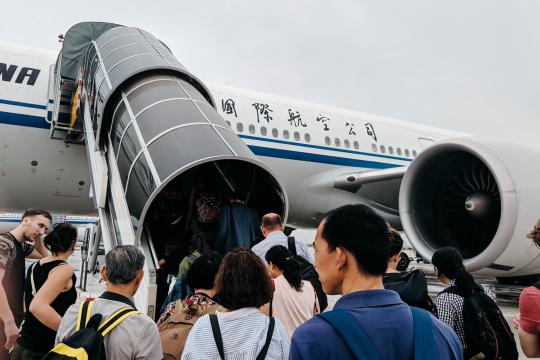 Universities reluctant for exchange with other countries

Starting in September, students might be able to travel abroad again for their studies and spend a few months in Barcelona or Berlin. But some institutions aren’t that optimistic and have already decided to scrap their exchange programmes.

Rather than waiting to see how the pandemic will develop this summer, the University of Amsterdam has cancelled student exchanges for the first semester, hoping that this will create clarity. The decision ensures that students have plenty of time to choose something else.

Driestar University of Applied Sciences is taking the same approach. Until 1 January 2022, its teacher training programmes will only be offering digital exchanges with educational institutions abroad.

Other institutions are opting for a less definitive approach. The University of Twente, for instance, has given its students (and programmes) the go-ahead to prepare for exchanges in September, as long as they take into account that there might still be restrictions.

Utrecht University is also choosing to greenlight exchanges – conditionally, that is, as it remains uncertain whether students will actually be able to travel abroad. This will only be possible if the travel advisory for their country of choice is either green or yellow.

Green means that no restrictions apply, while yellow means that travellers should remain ‘vigilant’. There are also orange and red travel advisories. Currently, almost the entire world map is orange, which means that only necessary travel is allowed. There are also a number of red countries, for which all travel has been suspended.

So the educational institutions have two choices: cancel in order to provide clarity to students and programmes, or don’t cancel and risk wasting time and resources.

Most are choosing some variation of the latter. Codarts University for the Arts and Ede Christian University of Applied Sciences have not yet made a definitive decision, while Delft University of Technology is limiting its exchanges to the European Union. VU Amsterdam will base its decision on the travel advisories on 1 June for exchanges outside Europe and 1 July for exchanges within Europe, which includes Turkey.

But what about the students themselves? Do they get a say? “We do believe that student participation councils should have the right to advise on this, but it’s a grey area”, says Dahran Çoban, chair of Dutch National Student Association ISO. “The law is open to interpretation.” This gives institutions leeway to approach the matter as they see fit.

Either way, scrapping exchanges is a drastic decision. That’s why administrators should involve their students in the decision regardless, Çoban believes, even if there’s no formal requirement to do so.

At the University of Amsterdam, students are now protesting the cancellation of the exchange programmes. They want to know why their university is choosing to scrap exchanges when other institutions are allowing their students to go abroad.