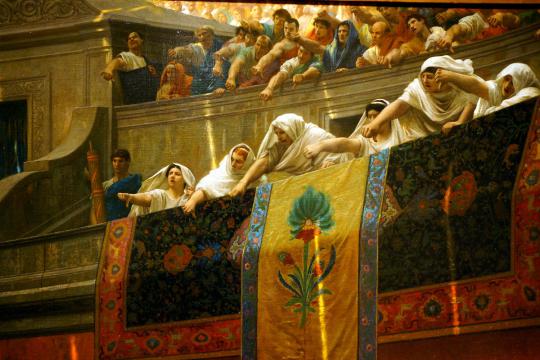 How satisfied are students with their educational experience? Finally, the question could be asked again, and given the coronavirus crisis, the outcome was to be expected: they are less satisfied than previously.

When the coronavirus crisis broke out last year it put paid to the National Student Survey: students weren’t given a chance to evaluate their study programmes, facilities, lecturers or their overall educational experience.

Satisfaction VU
Among VU students the general satisfaction with their eduicational experience has decreased, according to the National Student Survey. In 2018 and 2019 it still received a score above 4 (out of 5), this year the average figure remains at 3.9.

The year before there were technical problems with the survey. At the time, the universities of applied sciences pulled out in annoyance. Thus, the most recent student evaluations available for higher professional education were from three years ago.

In the interim period, it looks like student satisfaction has significantly declined. Asked to evaluate their educational experience ‘overall’, 78.6 percent of university students said they were satisfied or very satisfied. Two years ago the figure was 84 percent. 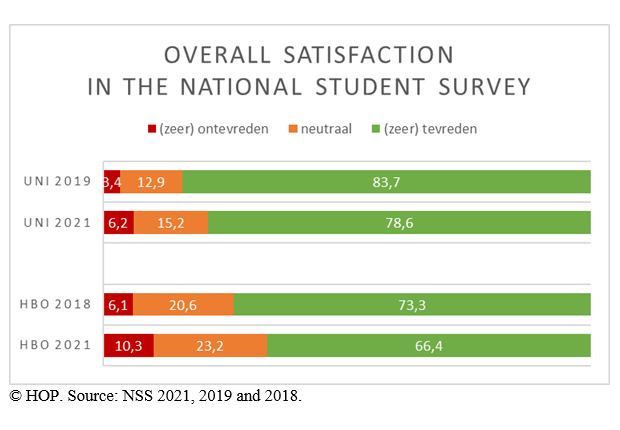 According to the Studiekeuze123 Foundation, who conducted the poll, you shouldn’t really make this comparison. A new list of questions was used this time so that “straightforward comparisons” with prior years are not really possible.

But the survey still uses a scale of 1 to 5 for very satisfied to very unsatisfied, and the first question still asks for an evaluation of the overall educational experience. Little has changed in that regard, despite the more concise formulation of questions.

Studiekeuze123 does neither one nor the other. The tone of the press release is dominated by enthusiasm based on the high numbers of students who are satisfied with their study programmes: still over 70 percent for higher professional education and university education together, and that’s without including a pretty large portion who are neutral.

Studiekeuze123 is an independent organisation, but has been tasked with the survey by the Ministry of Education. They are also instructed to approach the sector for input. The press release has been approved by an advisory committee representing universities and universities of applied sciences, a spokesperson says.

The results of the NSS are used on the eponymous website Studiekeuze123, where prospective students can compare different study programmes. The magazine Elsevier and various programme selection guides for higher education also make use of the data.