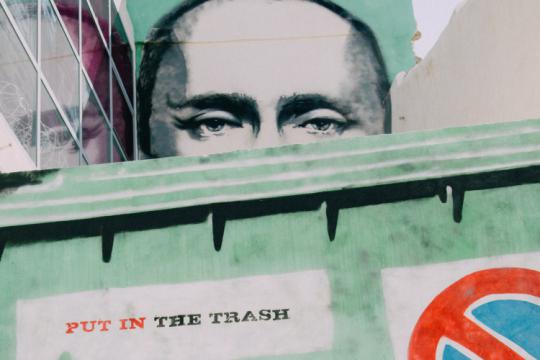 Higher education has reacted with horror to Russia’s invasion of Ukraine. In brief initial reactions, higher education institutions and representatives of the academic world are preparing their position.

There is only a limited number of exchange programmes with Ukraine. “We have checked in recent weeks whether there were any university staff or students in Ukraine by virtue of their job or study programme”, says a spokesperson for the association. “To the best of our knowledge, this was not the case at that time.”

What can they do? Universities of applied sciences are leaving it up to the politicians. “With regard to the consequences for our international collaboration in education and research, we will be looking at the action the government takes.”

“Something like this hasn’t happened on such a scale in our part of the world since 1945”, Prime Minister Mark Rutte said this morning at a press conference. He thinks that the entire western world must condemn the invasion in the strongest terms. “If it were to become normal to invade another country, the long-term security of the Netherlands would be at risk.”

In consultation with other countries, he wants to impose maximum sanctions on Putin and his government. He was unwilling to give any further details. So it is not yet clear what effect this will have on higher education and research.

“The universities will stay in close contact with their counterparts in Ukraine”, says UNL. “We cannot yet say what consequences these geopolitical developments will have on existing partnerships.” The Royal Netherlands Academy of Arts and Sciences (KNAW) and the European University Association were not yet able to comment.

Various higher education media are devoting attention to the threatening situation. A Ukrainian PHD student in Groningen is afraid that he will soon be conscripted to the front; a Russian student and a Ukrainian student at the University of Amsterdam both hope for peace; and here and there lectures have been set up on the current situation in Ukraine.

The Netherlands Refugee Foundation has opened giro 999 for donations and is immediately making a quarter of a million euros available to provide assistance to “potentially large numbers of Ukrainian refugees”. Where and how the money can be used to best effect will be decided in the hours and days to come.