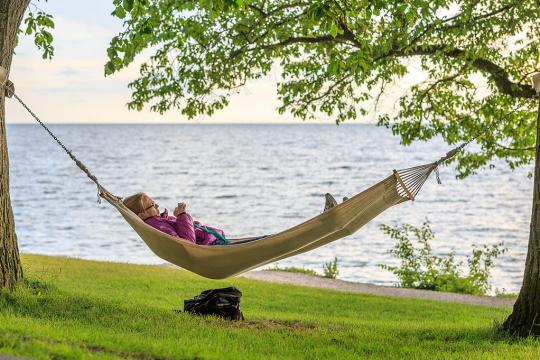 The plans to combat work pressure are not sufficient

The universities are coming up with all kinds of plans to combat work pressure, says the Labour Inspectorate, but they will probably not be sufficiently helpful. In addition, very little attention is being paid to undesirable behaviour and discrimination.

Protest movement WOinActie had gathered together more than 700 complaints about work pressure. In January 2020, with the help of the trade unions, those complaints landed on the desk of the Inspectorate SZW, which started an investigation.

This has now been completed. The outcome: things are not going well. The plans to combat work pressure are of little value. They focus too much on the individual, while the source of the problems is not tackled. The Inspectorate talks of a risk of ‘trying to cure the symptoms’.

For example, work pressure training courses are offered but their effect is not being measured. Furthermore, the universities argue that underfinancing is one of the causes of work pressure but leave their own policy out of the equation.

WOinActie sees an imbalance between the value placed on education and that placed on research. The universities could do something about it but, in the Inspectorate’s view, there is little sign of this to be found in their plans.

Additionally, the universities pay too little attention to the consequences of discrimination and undesirable behaviour in the workplace. In essence, they mainly react to incidents. At some universities it is not even clear who is actually responsible for dealing with reports and signals. Moreover, victim support is inadequate.

And overtime? That is actually where the complaints began. WOinActie’s complaint was that the universities are exploiting their personnel. But there is not a lot that the Inspectorate can do about overtime.

That was clear from the outset. In the Working Hours Act an exception is made for academics (as it is for firefighters, among others). Once the salary exceeds a certain limit (three times the minimum wage or more than 64,000 euros full-time), the Working Hours Act no longer applies regardless of profession.

But that does not mean that the problem of work pressure can be brushed aside. The ministry and the universities are going to hold discussions. The Labour Inspectorate is keeping abreast of developments and is going to talk with WOinActie every six months.

“The universities have to cope on a daily basis with work pressure that is much too high”, says a spokesman of the Association of Universities in the Netherlands, VSNU. “In the new collective labour agreement, one of the priorities for universities and trade unions is reducing the work pressure.” An example of this is that it has been agreed that private time needs to be safeguarded and that employees’ work must be appropriate to the scope of the appointment.

Additionally, the universities point out that the Royal Netherlands Academy of Arts and Sciences, KNAW, is drawing up guidance regarding undesirable behaviour in the academic world. They also have high expectations of the independent ombudspersons that they are all in the process of appointing.

As for the rise in the number of reports of discrimination, the VSNU ascribes it partly to the increased attention the universities are paying to the fundamental problems in this area.

And, indeed, the universities would like to receive an extra 1.1 billion euros a year to help reduce the work pressure.

Professor Remco Breuker of WOinActie tweets, in response to the Inspectorate’s investigation, that the universities have been reminded of this constantly in recent years. He admits that he is both an idealist and a pessimistic cynic. “My two halves are not in agreement over what works and what doesn’t, only that something has to be done.”