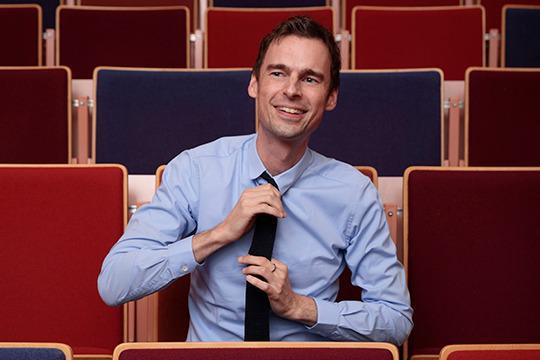 New VU rector is the figurehead of a changing campus

The VU has found a new rector. Neuroscientist Jeroen Geurts (1978) will be the successor of Vinod Subramaniam in January.

Geurts is professor of translational neuroscience at Amsterdam UMC, where he heads the Department of Anatomy & Neuroscience. He also holds various board positions. He was chairman of the knowledge platform The Young Acadamy of the Royal Netherlands Academy of Arts and Sciences and is director and founder of the Brein in Beeld foundation. He is also chairman of the board of ZonMw, an organization that funds research in the field of health sciences. He is a member of the board of directors of the Dutch Research Council. A man of great influence. “Someone to keep an eye on”, ScienceGuide said in 2019.

Geurts has always championed the popularization of science and is the driving force behind the new Recognition & Valuation, a system that no longer assesses scientists solely on the basis of publications and citation scores, but also on education and valorisation. The emphasis will be placed more on research teams than on individual researchers.

“In the beginning, Recognition & Valuation was mainly steered by the research funders,” says Geurts in an interview with Ad Valvas [in Dutch, tomorrow an English translation on this site]. “But now, when it comes to implementation, it's up to the universities. I think it's super cool that I can now further develop that Recognition & Valuation as rector."
The new rector-to-be says he is attracted to the VU because of, among other things, the diversity of the student population. Based on his own experience as an LGBT person with an atypical family, he hopes to be a figurehead for an inclusive campus.