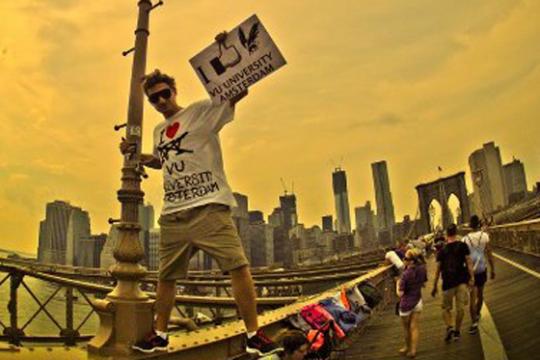 Minister critical of the recruitment of foreign VU students

When recruiting international students, VU Amsterdam itself doesn't check whether they meet the criteria, says Minister of Education Van Engelshoven, but according to VU Amsterdam that is not correct. The university also says not to cheat with the application for a residence permit.

"VU Amsterdam determines the admission criteria, the training program and the testing in the preparatory year for international students", says a spokesperson in a response. "The Study Group company guides and assesses the students based on the criteria set by VU Amsterdam."

According to the university, the claim that students are enrolled in another comparable study program for the application procedure for a residence permit is also incorrect.

For years, Dutch universities and universities of applied sciences have offered international students preparatory programmes of half a year or a whole year. This is permitted, as long as a programme has determined in advance that the student meets almost all the requirements and they will fill the gaps in the foreseeable future.

Last year, a series of articles in the General Union of Educational Personnel (AOb) trade union’s educational journal Onderwijsblad, on “the hunt for the international student”, showed that the reality is often different. Hundreds of international students are recruited every year and are prepared for university and universities of applied sciences with varying degrees of success.

An investigation by the national commission that oversees compliance with the code of conduct in higher education, confirmed in June that five universities (Twente, Tilburg, Rotterdam, UvA and VU Amsterdam) and three universities of applied sciences (HvA, Hanze and The Hague) are working closely with three private agencies.

In practice, it is not the institutions, but these agencies that are verifying the admission credentials of the international students, writes Minister Van Engelshoven in response to questions from political party CDA. They also administer and assess the midterm tests in the expensive transition year.

Sometimes international students have a school diploma equivalent to three or five years HAVO, which means large gaps need to be made up. The Education Inspectorate will examine whether it is permitted to allow these students conditional entry to a university or university of applied sciences. According to the minister, if the preparatory year becomes “a means of recruiting additional international students who are not yet admissible’’, it is at odds with the spirit of the law and the code of conduct.

The minister is particularly critical of the University of Amsterdam and VU Amsterdam, who, during the preparatory year, enrol their international students from outside Europe in a programme other than their first preference. They do that when the students’ preferred programme has an enrolment restriction or selection procedure, in which case admission of international students to that programme cannot be guaranteed after the preparatory year.

But that guarantee is a strict requirement of the Immigration and Naturalisation Service IND for granting a residence permit. Therefore, those international students are enrolled in a related programme that does not have a selection process and where admission is guaranteed.

The UvA's operating procedure “conflicts with the duty of care that educational institutions have under the Aliens Act,” writes Van Engelshoven. There is “at least improper use of the preparatory year”.

The minister will consult with the umbrella organisations on the “next steps”. They will be discussed on 3 December during a general consultation with parliament on internationalisation.