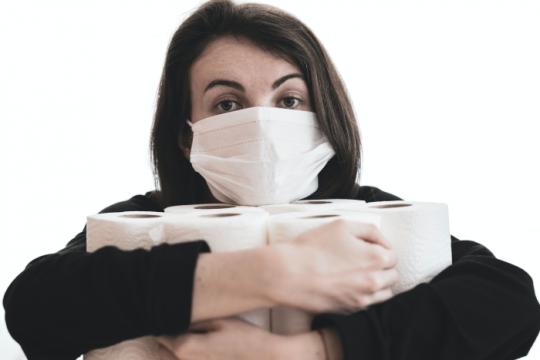 Higher education does not want to take coronavirus into account, but it must

The Dutch higher education sector is not keen to have to devise two different scenarios for the coming academic year. Yet universities are preparing for new setbacks in the coronavirus crisis.

Prime Minister Mark Rutte and Minister of Health Hugo de Jonge last week asked universities to prepare for two scenarios between now and mid-August: one with social distancing and one without.

That call has not gone down well. We are not going to do it, declare some administrators. We cannot work like that and you really should not expect students and tutors to do so, either.

“Soon they’ll all be able to go to clubs or an event, but not to campus. I can’t explain that to my students”, says Han van Krieken, rector of Radboud University Nijmegen, at an online press conference organised by the Association of Universities in the Netherlands VSNU and attended by a number of rectors and administrators.

Some tutors “are literally panicking” at the thought of having to prepare two scenarios, claims Geert ten Dam, president of the University of Amsterdam. “They no longer have any idea how they’ll be doing things in the summer and after that. Please take those signals seriously.”

“As far as we’re concerned, there’s only one scenario”, concludes VSNU president Pieter Duisenberg, and that scenario is without social distancing. “That’s what we’re timetabling for.”

But despite these tough words, the universities know that the pandemic is unpredictable. Ideally, they would like to go back to holding as many lessons as possible on campus, but they also know that it would be crazy not to consider a possible new wave of Covid-19 infections.

As an example, VU Amsterdam tells HOP that, “For the new academic year, we are working with a flexible timetable that can be scaled up or down depending on the current state of affairs and possible government restrictions this autumn.’’

“We are busy working out both scenarios”, reports Tilburg University, “which is not easy. One of our largest lecture halls normally holds 600 people, but under coronavirus restrictions fewer than 60. That means a lot of arithmetic and timetabling work.”

The University of Twente estimates that about 20-25 percent of teaching will be delivered online anyway, even in the most optimistic scenario. “Most of that will be lecture-style activities.”

Better to be well prepared than overoptimistic, seems to be the general sentiment. At the VSNU press conference, administrators refer to a whole range of digital solutions they are working on. Ten Dam, for example, talks about “beautiful forms of blended learning” and a “hybrid learning theatre”, with a few students physically present in the auditorium and the rest taking part via large screens.

Such solutions are important not only for students in the Netherlands, but also for international ones. If they are abroad and not allowed to travel, Ten Dam argues, you still want to be able to offer them high-quality education.

Rector Arthur Mol of Wageningen University introduces the journalists to a digital feedback tool, which is sometimes more effective – that is, faster and more comprehensive – than face-to-face contact between tutor and student in the same room. He is also enthusiastic about LabBuddy, with which students can prepare their experiments digitally.

More examples follow. A podcast on statistics for beginners has proven a great success, there are short films known as knowledge clips in which specific topics are explained, and some lectures could possibly be delivered online... Duisenberg even speaks of “the new academic normal”.

It all seems to fit seamlessly into a strategy which was already being mapped out before Covid-19 struck. Even then, some administrators were looking forward to a rather more digital form of higher education, with more functional use of the campus.

It is not only administrators who see the advantages of working online. Focus groups and surveys show that everyone would like to return to the classroom, but without undoing the benefits of online education.

The higher professional education sector is on the same page as the academic universities in this respect. It, too, is basing its plans upon an ideal scenario without social distancing, the Association of Universities of Applied Sciences announced on Monday.

But they are not naive. Rotterdam University of Applied Sciences, for example, is developing a ‘Learn Anywhere classroom’, writes in-house magazine Profielen. A place where online and physical teaching can be delivered simultaneously thanks to a battery of cameras and screens.

Fontys University of Applied Sciences expects to reopen fully in September, according to its news website, BRON. But that is still as long as the conditions are right. The final decision will not be made until mid-August, so caution continues to reign.

Avans University of Applied Sciences realised this spring that it was going to have to take many different factors into account. “To be on the safe side”, said president Paul Rüpp, “we’re going to plan our teaching in such a way that it can go back from physical to online at the touch of a button. Because everything could be different again by September.”