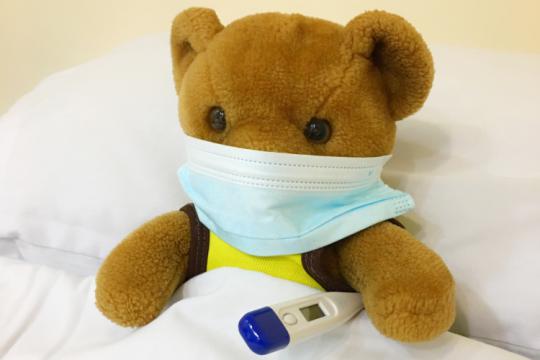 Education staff with long COVID must not be dismissed after two years of sick leave, says the General Union of Education (AOb). “Grant them an extra year to reintegrate.” Almost 700 staff members contacted the union about lingering symptoms of COVID.

The Long Covid Reporting Centre, opened less than a week ago by the AOb and FNV Education & Research, has already received a "flurry of reports". Of the 700 notifications around 30 came from staff in higher education, a sector in which the two trade unions have relatively few members.

More than half of the reports (64 percent) haven been made by people who believe they were infected at work. A quarter do not know for sure. Complaints associated with long COVID include chronic fatigue, loss of concentration, forgetfulness, headaches, ringing in the ears and depression.

Although in the first wave of COVID-19 most of the teaching in higher education took place online, AOb director Douwe van der Zweep thinks it is likely that staff caught the virus later, possibly during practical lessons. “Dismissal can have major financial consequences. We ask for more time and respect for the colleagues affected by this”, says Van der Zweep. “Ideally, we would like to see them back in their old job.”

After a year of staying at home, people on sick leave lose 30 percent of their salary. At the same time their expenses are rising “because it’s expensive to be ill”, in the words of the AOb. People who became infected at the beginning of the first wave of COVID-19, and who have not been able to work since, have now been on sick leave for almost two years. That means they will soon lose their job and might be declared unfit for work, which has considerable financial consequences.

The AOb feels that these people ought to be allowed a third year of sick leave, so that they have more time to recover and reintegrate. “We don’t know how the illness will progress, because we don’t yet know everything about long COVID. That’s why we feel that dismissing these people after two years is too soon. We hope and surmise that recovery is possible”, Van der Zweep explains. The third year of sick leave is being discussed in the negotiations over the new collective labour agreement for higher professional education. “But I don’t want to wait for that; independently of the collective labour agreement we are now asking all employers to postpone that dismissal date.”

The same debate is going on in healthcare. The FNV wants a Long COVID fund to be created for healthcare professionals who became infected with the virus in the course of their work and therefore had to stay at home on sick leave. That trade union has received more than 4,100 notifications.