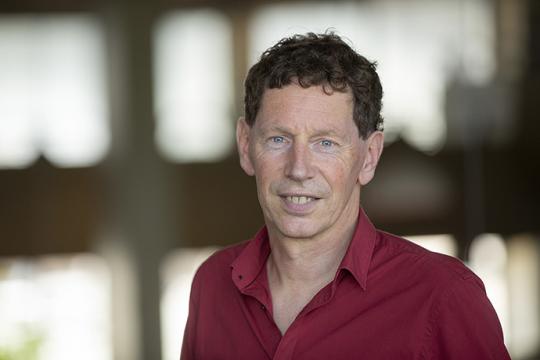 'A derailing social discussion is a risk factor'

Professor Frank van Harmelen about the collaboration with Huawei

The VU Amsterdam will collaborate with Huawei, as was announced this week. Three Amsterdam professors in Computer Science will use an investment from the controversial Chinese technology giant to improve search engines. According to professor Frank van Harmelen, it is really well organized.

Are better search engines needed?
“Search engines have not really improved in recent years. We want to make them better in three ways. They should also search in a multilingual way so that useful information in Italian is also shown when I search with an English search term. They also need to get a better understanding of what I'm looking for. When I type 'Amsterdam', do I mean the ship Amsterdam, or the city of Amsterdam, and there is probably also a book called Amsterdam.”

“And a search engine has to talk to you so that it understands better what you mean. If I type in ‘pizza’, do I want to bake or buy a pizza? A kind of conversation can arise about this, for example by sorting search results by baking pizza and buying pizza. As a user you can then make a choice and narrow the search results further down.”

Dreamslab
With the 3.5 million euros from Huawei, Frank van Harmelen, Piek Vossen and Maarten de Rijke will set up a new Amsterdam AI lab, Dreamslab. Nine postdocs and PhD students will work on improving search technology. The project is separate from the Gravitation Grant that the three professors, along with three others, received last year.

I read that it is also about filtering offensive and inappropriate texts. Will we soon no longer be allowed to type ‘save the Uyghurs’?
"It is difficult. You know the discussions about Facebook, which as a platform has to keep out unwanted content. Social media and search engines are more often held responsible for what they transmit. But what words are inappropriate? This is an extra problem, especially in China. We have discussed this with Huawei.”

“The description of the work package initially contained word categories that we found much too political. For example, the list stated ‘violent intent’: you do want to be able to detect these kinds of words and sentences and filter them out if necessary. But the list also included ‘cultural conflicts’ as a detection category. We had that removed. It's strange in itself, but especially in the Chinese context.”

Were there people among you who had concerns about the cooperation with Huawei?
“We also work with Elsevier, ING, Qualcomm, the chip maker, and the negotiations are basically about the same thing. The absolute condition that we have is that we have complete freedom of publication about all our knowledge. We are allowed to publish new algorithms and all software is open source.”

“It is also not the case that we are a product developer. The prototypes that come from our research, the algorithms and software, are of interest to other scientists. You then know how to do it. Companies that want to do something with it, still have to make a product from it themselves. ”

So this partnership with Huawei is actually just as common as with Elsevier or ING?
“Of course it is a different story, but that is mainly due to the outside world. We have conducted the usual negotiations about intellectual property and costs, but this time there is also social commotion. About 5G, suspected espionage and influencing. I don't know what is true of that, but China is a totalitarian state, with a different idea of ​​private and public.”

“That is why we have strengthened a number of safeguards. We have complete freedom of publication, the researchers are not employed by Huawei, and all data is on the university servers, so no one at Huawei can access it. I am fully convinced that it is well organized. And with us the ministries and intelligence services with whom we spoke.”

Are there no risks at all?
“The cooperation is going well with our contacts at Huawei, in Helsinki and soon also in Amsterdam - Huawei is setting up its own office in Amsterdam. The risk of failure is a derailing social discussion. And some MPs do not help with that.”

Why is it interesting for Huawei to invest 3.5 million euros in an Amsterdam AI lab?
“Just for the picture: their annual turnover is 100 billion and they spend 15 billion of that on research. This is about nine tons per year. I don't think that this makes the ship very skewed at Huawei. And it is an interesting investment for them. Companies are looking for knowledge and talent: postdocs, students. I would have given the same answer if you had asked me about Elsevier.”

Huawei also has set conditions?
“Those are about intellectual property. They have the right to apply for patents on it. That is the same at Philips. You write an article, you submit it to the company for publication. Then they have a month to apply for a patent before you publish it. Then the software code can then be viewed and used, sometimes for a fee, depending on the open source license we choose.”

Do you have to appoint a certain number of Chinese PhD students?
"No. It's not about that at all. We have agreed that the recruitment will be done by the university. We always get Asian applicants on our vacancies, including from China. To be honest, I think it is much more interesting for Huawei to tap out of the European talent pool.”

“There is a huge battle for talent within AI. We hope that we can bind talent to us with such a project. On the one hand, we offer academic freedom, on the other hand, the project is also close to the business community, and as a researcher you can work with actual search data. It is also fine if a postdoc starts working at Huawei after four years, that too is the role of the university.”

What kind of data are we talking about?
“The agreement is that we can test on search data from Huawei: search behavior of their customers and also in their own app store. So we don't leak data to China, it's more the other way around.”

So you are not at all afraid of China?
“I have been building my relationship with China for years. I am an endowed professor in two places in China. Also in Wuhan, so I haven't been there for a long time. Just don't go into it naively: they want something from you. But China is an emerging power on the world stage. It is unwise to close the door completely. Then you lose contact with an important player in the world top.

10-09-2021
Studies using the DNA of Uyghurs withdrawn
10-05-2021
Cabinet fears university cooperation with China
30-03-2021
Chinese scientists at TU Delft use knowledge for national army
14-12-2020
‘Should one always refuse to partner up with controversial companies?’
30-11-2020
Government sets rules for cooperation with foreign knowledge institutions