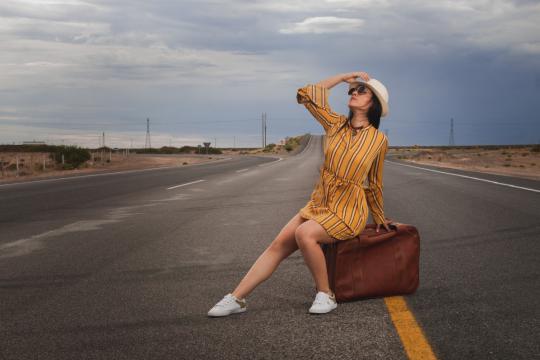 The Netherlands as an ideal country in which to live and work after graduation? As a result of the coronavirus crisis, students from outside Europe are now less likely to stay after they finish their studies here. A new Nuffic survey reveals that just over half of new graduates are still planning to apply for a residence permit.

The Dutch organisation for internationalisation in education conducted its poll at the end of August, to gauge the opinions of 608 international students who recently graduated in the Netherlands or will do so soon. In the questionnaire, they were asked about their post-graduation plans.

On the whole, the crisis does not seem to have affected the graduates’ plans all that much. Before the pandemic hit, around 57 percent of respondents wanted to continue living and working in the Netherlands. That share has decreased only slightly: down to 54 percent.

But the response from students from outside Europe shows a marked difference. In order to work in the Netherlands after graduation, they have to apply for a residence permit. And only 56 percent of them now say they plan to do so, compared to 72 percent before the crisis. This means that the Netherlands looks set to lose a lot of talent in the year ahead.

In the midst of the unfolding economic crisis, internationals on the whole are far gloomier about the prospect of finding a job in the Netherlands. In previous years, just over a quarter of them (28 percent) said that the lack of “career opportunities” was an obstacle to staying in the country. That figure has now risen to 44 percent.

Although students from 86 countries completed the Nuffic survey, the sample is not entirely representative. Most of the respondents come from India (14 percent), Germany and Indonesia (both 11 percent), while the majority of international students in the Netherlands come from Germany, Italy and China.

International students in technical study programmes appear to be more optimistic than the rest. According to the survey, they are more inclined to stay in the Netherlands (60 percent) than students in other disciplines (52 percent).