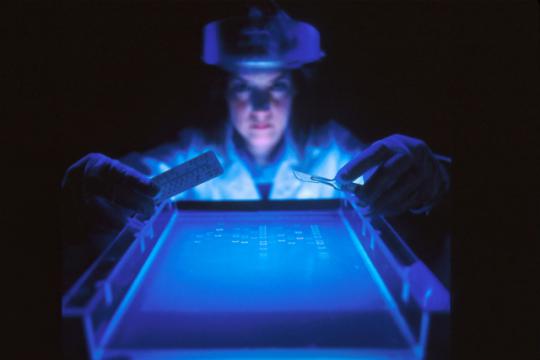 Dutch and Chinese researchers have been working together in recent years to develop controversial DNA databanks. It’s time to tighten up our ethical review of such work, says philosophy professor Peter-Paul Verbeek.

A month ago, RTL Nieuws and the Dutch investigative journalism platform Follow the Money reported that academic journals had withdrawn two studies due to ethical concerns. The research made use of DNA material from Uyghur Muslims, a persecuted minority in China, which was possibly not obtained on a voluntary basis. Two researchers at Erasmus Medical Center were involved, but the board did not see any reason for taking disciplinary action.

This week, Follow the Money and RTL Nieuws produced some new incriminating data. They discovered evidence in twenty academic publications of Dutch researchers’ involvement in the development of controversial DNA databanks. The name of Erasmus MC crops up with some regularity, but the names of Leiden University Medical Center and the Netherlands Forensic Institute also appear in these studies.

Some of the studies focused, for example, on how you can predict what someone will look like from traces of DNA. The method is used in the Netherlands to solve criminal investigations, but in China the technology has also been used in actions against minorities and political opponents of the current regime. Ten of the twenty studies are alleged to have been partially funded by the Chinese police. Erasmus MC countered by stating that only Chinese researchers received that funding.

The revelations have led to a political outcry in this country: D66 wants to launch a parliamentary review of the issue, and VVD proposed that the Minister should take action if the universities can’t see the problem with this type of research. MPs fear that “Dutch fingerprints will be found on instruments of oppression”, Follow the Money reports.

What the issue particularly reveals is that we have to pay more attention to the ethical impact of academic research; that’s the response of Peter-Paul Verbeek, philosopher and chair of the Royal Netherlands Academy of Arts and Sciences’ Freedom of Academic Practice Committee.

While it’s true that many university faculties have ethical committees in place, they are primarily concerned with the ethics of the research process itself: “If research will be carried out on people or other living things, they have to provide ethical grounding for their methodology.”

He believes that, in the first place, researchers are themselves responsible for the consequences of their published research: “Academic freedom also entails responsibility.” Most of the time, researchers have a good sense of this responsibility, Verbeek asserts. “Many academics are driven not only by intellectual curiosity, but also by social engagement.”

But he also believes that they need better support, so that making a balanced decision doesn’t just depend on their individual awareness or even level of courage. In his opinion, this can be effectively done by expanding the tasks assigned to academic ethics committees. “They should look beyond the research method to review the impact of the research and questions concerning safe use of information.”

Is it really necessary for the Minister to take action, as VVD has proposed? “A government that gets too involved in the details of academic work ultimately undermines scientific endeavour”, Verbeek warns. But if laws have been violated, the government must step in. Additionally, according to Verbeek, it can’t do any harm if the government asks universities to subject what they produce “constantly to ethical review and to set up competent instruments for doing so”.

Meanwhile in Parliament, PvdA, VVD and CDA and PVV have submitted questions to the Ministers of Education, Justice, Foreign Affairs and Public Health.