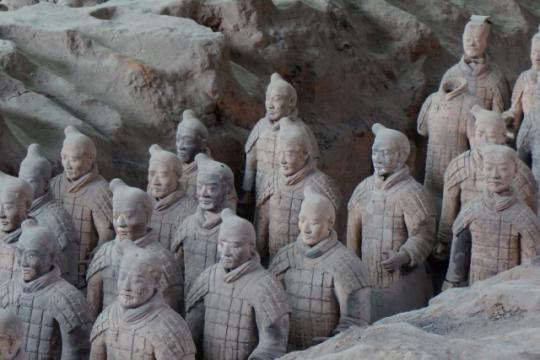 Chinese scientists at TU Delft use knowledge for national army

Are PhD students and guest researchers from Chinese military universities coming to TU Delft to gain expertise that will strengthen China’s military might? It’s a fear that appears to be well-founded, as the university’s magazine Delta reveals in a series of investigative reports published today.

Dutch politicians have been concerned for some time about cooperation with China in the field of education and research. Members of the House of Representatives have regularly asked questions about censorship and influence, for example about the role of the Confucius Institutes and the implications of the Amsterdam universities’ joint research project with tech giant Huawei.

There is every chance that Delta’s investigative reports will prompt a new set of inquiries by Dutch legislators. One focus of the reports was the work of PhD students and visiting researchers from China’s National University of Defense Technology (NUDT). This top Chinese military academy is run by the People’s Liberation Army and is thought to send its PhD students and scientists to foreign universities to carry out what it calls ‘dual-use research’ – science that serves both a civilian and a military purpose.

At least 29 NUDT scientists have been engaged in this type of research at TU Delft in recent years, Delta concludes. The areas they have studied include radar technology, quantum computing, satellite navigation and war simulation models.

The question is what happens next with research experience, and who keeps a watchful eye on such developments. Delta discovered that TU Delft does not have a complete overview of its partnerships with China. Nor is the university always aware of the intentions of its Chinese PhD students.

The magazine’s editors examined 115 publications to which Chinese scientists in Delft have contributed and spoke to the PhD supervisors and professors involved. Some find it hard to imagine that their research could serve a military purpose, while others are well aware that the knowledge gained by PhD students “finds its way back” to NUDT. In all cases, they err on the side of caution.

Delta stumbled upon a 2017 interview with an NUDT doctorate student at Delft who said his “mission” was to use advanced science and technology to strengthen his country’s armed forces. Another guest researcher turned out to be indirectly connected to a Chinese state-owned company that develops facial recognition technology to track Uighurs. In the Netherlands, a majority in the House of Representatives now believes that China is committing genocide against this Muslim minority.

Chinese PhD students are popular with Western universities because they usually bring their own funding, Delta notes. TU Delft has official contacts with dozens of Chinese institutions. According to Delta, this includes four universities that belong to a group known in China as the ‘Seven Sons of National Defence’: seven major institutes with close ties to the military and specialising in fields such as aerospace and armaments.

Any discussion of China is sensitive, Delta acknowledges in a statement of journalistic accountability. It is all too easy to fall prey to naivety or to a Cold War mentality. Moreover, most Chinese students and PhD students come to Delft without any ulterior motive. The editors say they are not out to judge, but hope to contribute to “a balanced debate”.

These same sensitivities led Delta to publish all four pieces at once, says editor-in-chief Saskia Bonger. “That enabled us to give the most complete picture. One of the articles, for example, looks back at the history of cooperation between TU Delft and Chinese institutions. Fifteen years ago, China was viewed very differently. We thought it was only fair to provide that context up front.”

For this series, the editors also explored a variety of Chinese websites and documents. “We were in the fortunate position of having an editor who speaks the language”, says Bonger. “That has enabled us to dig a lot deeper.”

Have they been inundated with responses from Chinese students or staff? Not yet, Bonger says. “We have tried to approach the issue as scrupulously as possible, without backing anyone into a corner. If our readers want to open a discussion, we are certainly open to their input.”

The government is currently working with universities on various measures in the field of knowledge security. In a written statement this week, outgoing Education Minister Ingrid van Engelshoven expressed her intention to update the House on these initiatives later in the year.