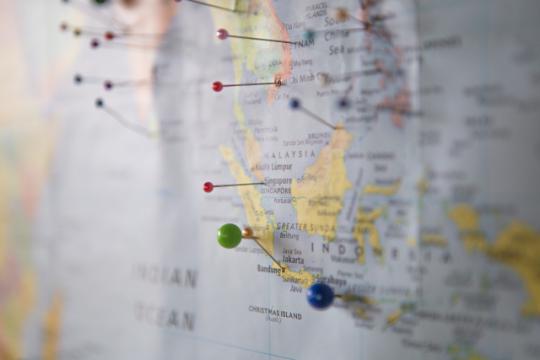 Almost half of first-year university students come from abroad

Dutch higher education institutions are becoming increasingly popular with international students. At the universities, as many as 40 percent of this academic year’s first-year students come from outside the Netherlands.

In the past 16 years the number of international students has risen more sharply than the number of Dutch students, according to the latest figures from Statistics Netherlands. The coronavirus crisis has – probably because of the online tuition – not put the brakes on a further rise.

More than 42,000 of the 115,000 internationals are studying in the Netherlands for the first time. That represents one in four first-year students in higher education. At universities, 40 percent of the new students come from abroad.

This academic year, 80,400 international students are studying at Dutch universities and 34,800 at universities of applied sciences. European students in particular are making use of Dutch education: in 2005/2006 63 percent of the internationals came from Europe as opposed to 76 percent in the current academic year. The number of students from Germany has remained stable in recent years. An increasing number of students have been coming to the Netherlands from other European countries.

In higher professional education, most of the foreign students came to study law, accounting, commerce and business. Design, art and languages were popular too, as in the preceding academic year. At the universities, the study programmes that were most in demand among internationals were journalism, behavioural sciences and social sciences.

For a long time, the universities have been asking for instruments to control the influx and to safeguard the quality of the education. They want to introduce a quota for international students without closing the door on Dutch students.

Education Minister Robbert Dijkgraaf is in favour of that too, but he has issued a warning that it will take a while. The “new policy instruments” will not be available before the 2023/2024 academic year.