The start of a new university

This week it has been exactly six months since the start of the Corona lock-down. First in North Brabant and after 12 March throughout the Netherlands. In the near future I think that we will look back with nostalgia at those early days. Hoarding was the big social issue. The jokes we sent each other via WhatsApp were mainly about that in those first weeks. Furthermore, everyone was attentive to each other. It led to reflection. Everyone took a step back.

The 1,5 meter economy made its appearance in June. Mark Rutte called on everyone to use their creativity to find out what is possible within those boundaries. Fairground entrepreneurs set up a test-fair to find out what is possibile with a fair within a 1,5 meter economy. In Enkhuizen, where I live, entire parts of the city are now closed off for trafic to provide space for terraces. Residents are now calling for this to be permanent. There was even a teacher who wanted to arrange for a church to provide regular face to face education. No PowerPoint presentations, but teaching from the pulpit!

The quality policy is being put on hold for a while, as we were told last week by the university strategic corona team

A role they passively undergo. This passive attitude means that we are satisfied with a poor digital reflection of quality education. We try as much as possible with the old sheets, but now as a sheet deck, to provide something as a lecture online. The students turn off the camera and as a teacher you have to guess whether they are behind the screen at all. The quality policy is being put on hold for a while, as we were told last week by the university strategic corona team. We hope that the old world will be restored as soon as possible.

But what if that old world doesn't come back. If people's behavior changes fundamentally? I notice it myself in the agreements I make and the meetings I participate in. Everyone now plans them in such a way that travel time is not taken into account. Zoom conferencing becomes an efficient way to meet each other, and who wouldn't want that? I have experienced that new world firsthand with the buying of a house. Against all odds, house prices are not falling. No: you have to bid against each other. People are preparing for more working from home. They will live further away from their work.

So it is time that the universities think about the post-corona era. Hereby radical scenarios should not be shunned. What if there are no more hearing lectures? What if one-way education is replaced by interactive internet programs. What if the international exchange comes to a standstill? Then the coming year is a great opportunity to experiment. In addition to the corona-proof planning of exams, lectures and tutorials, we should use all the inventiveness within the university to look for new forms of education and research within the rules and restrictions of the government. Not to push the boundaries, but mainly to discover new working methods within the 1,5 meter organizations and new ways to realize quality.

What to think of the “home university”: education with small groups of students who work in a varied program on campus and in combination with digital activities. How about regional circles of students who visit each other, carry out assignments together and receive remote coaching. Why don't students take the initiative themselves and organize their own education? Would it be an idea to organize a competition for creative ideas from students and teachers to devise new forms of education within the bounderies of the corona rules that are able to further the quality of our education? Corona as a source of creativity and the start of a new university. 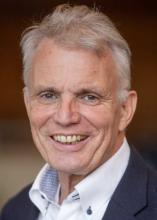 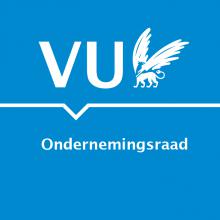 OR
Members of the works council write in their personal capacity

The test dream
08 October 2020
If you want to change the world, do not end with yourself
28 August 2020
PhD students deserve decent employment conditions
07 July 2020