Looking for a professional interpreter

The new academic year is right around the corner. That means a brand new USR! Soukaina and I decided to do a second term. Besides us, there are other councillors that are already familiar with the USR as well, either as former USR member or former FSR member. Some of the new USR members that aren’t familiar with council work yet, are international. Last academic year, we only had one international student in the council. Next year, we’ll have 3! We are very pleased that the international students are so well represented.
However, we also have some concerns. Last year, we had some bumps along the road, as it was the first year with an international councillor. It proved to be difficult for the international councillor to participate actively in certain meetings. Some subjects, like the ‘kwaliteitsgelden’ for instance, are spoken about in Dutch. It’s also something that is mainly interesting for Dutch students and not necessarily for internationals. However, a lot of other topics are also discussed in Dutch, as it is easier for most to express theirselves in their mother tongue. It could be about topics that are interesting for the international students, but the international councillor will not be able to contribute if they’re not aware of what exactly is said in the discussion. We tried several things last year to make a translation available.

The best option would be to hire a professional interpreter

For example, we tried to translate for the international councillor ourselves. Not only will it take up the time of another council member, that cannot contribute to the discussion as they are busy translating, it’s also not effective. None of the council members are trained to translate simultaneously, you will either miss a lot of things that are said or the translation will be delayed a lot. It’s not an ideal situation and it makes the council’s work a lot harder when two council members are not a part of the actual discussion. It will be a lot more difficult with 4 people next year, if one translates and 3 are reading the translation. Besides that, we looked at certain translating devices that didn’t work during the meeting. As long as there is no other solution, the best option would be to hire a professional interpreter.

We suggested it to the CvB (Executive Board) in our last meeting, two months ago. We gave them some time to think of another solution. This week we should hear if they thought of one! I’m curious to find out. 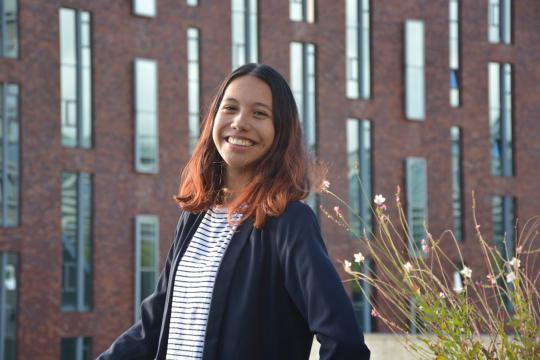 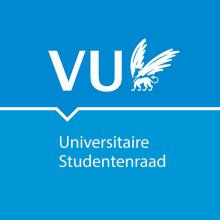