How to Read (At Least) 96 Books in Nine Years

I make my bed every morning because it is a habit. Habits can be something we do daily, weekly, monthly, or any period of time really, so long as there is enough consistency to justify using the word ‘habit’ in the first place. Habits can help us do things we do not want to do, or things that we have always wanted to do and never got round to doing. They are formed accidently, on purpose, quickly, slowly, with help, and without it.

Like making my bed, they are not always interesting; though I do want to share a habit of mine that will be coming up in my life soon. Every three years, for the last nine, I have read the same series of books: Terry Pratchett’s masterful Discworld. At twelve years old my dad suggested The Colour Of Magic to me, and I was quickly sucked into the vortex that is Ankh-Morpork and the other magical places atop the Disc. I recall laughing at the silliness, being captivated by the adventures, and touched by the characters I read about. It was a marvellous few months, and by the time I finished the forty-second and final book, I was changed.

The children’s books I thought I had read were gone, and in their place a series of hilariously funny characters and subtle dirty jokes was found

When I was fifteen I could not really recall all the stories in the series, but the moment I began to reread them I found they had all changed; I understood jokes that had passed my younger self by. The children’s books I thought I had read were gone, and in their place a series of hilariously funny characters and subtle dirty jokes was found. I fell in love all over again.

I had already decided to re-read the series when I turned eighteen, knowing I would find something new. Naturally, I did. The humorous books I had enjoyed so much turned out to also be a multi-layered and complex commentary on our own society and the world around us. At the end of this rereading, I knew that this would have to become a habit. What else could I learn from these books? What jokes will I laugh at again, and what new humour will I find? But also, what are they missing? Have I read books in the interim that will change how I read the Discworld series? Will the reading I will begin tonight, after writing this blog, be different? 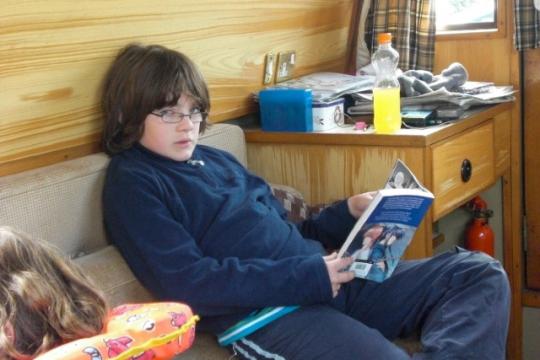 Marcus: 'This is me around 14. Just like at the moment, it looks as if i could use a haircut!' 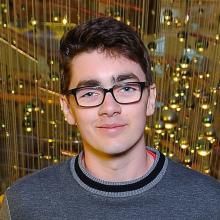