Ever since we started sailing around the world, being at sea was considered a man’s job. According to the International Labour Organisation only 1-2% of seafarers are women today. So how did this come to be and where are we heading? Let’s dive into some history.

Long before Christopher Columbus set sail for the East-Indies, there have been records of women at sea, but mainly in mythical form. Chris himself wrote in his journal in 1493 that mermaids had been sighted by his Admiral. These mermaids were sometimes good, saving drowning seamen, and sometimes malicious, leading ships onto cliffs for destruction. There was a whole cult of superstition about women embarking vessels, they would bring bad luck because the crew would be distracted from their work. The weather gods would become angry at all those distracted sailors and they would send storms and heavy weather. Interestingly enough, figures of bear-chested women on the prows of ships and vessels, would calm down the weather gods. 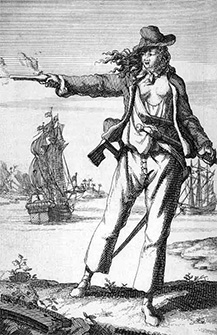 Luckily not only mythical women creatures have left their trace in history, also real women found ways to get themselves on vessels. In the early 18th century two fearless female pirates roamed the seas around Cuba and Hispaniola: Anne Bonny from Ireland and Mary Read from England. Initially the women sailed on different vessels, until Anne’s pirate ship Calico Jack captured the navy vessel on which Mary was sailing. Mary joined the pirate’s crew and became a fearless pirate. One story goes that when the fellow pirate Mary fell in love with couldn’t defend himself in a man’s scuffle, she took the fight from him and cold-bloodedly shot the pirate in his head.

So even though in old times mermaids were there to seduce the sailors and women onboard were considered bad luck, the ones that actually did make it to sea were fearless and strong. The very first female chief scientist was the American geophysicist Elizabeth Bunce. In 1959 she was the first woman ever to lead a scientific cruise for the Woods Hole Oceanic Institution. Also during this cruise, ARCHIMEDES-I, one female and one male chief scientist, are leading the expedition. So the number of female chief scientists who lead scientific cruises at sea is growing. On the German RV Polarstern for example the number of female chief scientists has increased from 15% to 30% over the last decade. The women who are now occupying these positions, have worked hard on banning the superstitious way of thinking about women. Thanks to them, oceanographic research is now a woman’s business, too.

This blog post was published as Research at sea: a (wo)man's business at the cruise's website on 14 January 2019. 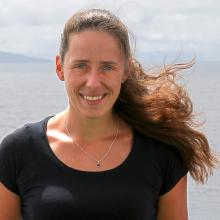